Finding Purpose and Direction, peppered with lots of doubt

Its no secret to any of my readers that I am rebellious by nature. I struggle all the time with just wanting to do my own thing. I don't like being told what to do. I suspect when I was little I was far too indulged, and that's really not a good thing. I was also raised in a home with a mother that was a super genius that passed on some of her own open mindedness.
I have for years read and studied all sorts of things, whatever piques my interest at the moment. Sewing seeds I didn't even realize. Seeds of doubt, shaking the very foundations I believed were unmovable in my belief system. I have studied just about every religion in the world, all the major ones and many many less known ones. Sure it gives me plenty of material for conversation but there is a serious down side to it all. Doubt in everything. In life there is just enough truth in most things to hook you, see that it works, but then there is the other part, the quicksand. Right now in my head, there are these thoughts, "oh gosh you sound so "fundamentalist". If I was honest with myself I would agree that there is some real wisdom on the idea that too much education can be harmful, I am speaking about spiritual matters here. Too much knowledge can really mess with your mind. You begin to question everything. I doubt my belief in Christ would ever have been shaky if I never studied so many things. I can sit here and debate quite intelligently that Christ could never be the messiah. But of course I won't, but you see those very thoughts are in my head, my gray matter has it stored there. A day when I feel a bit ho hum about stuff, those doubts fill me to overflowing.
I would like nothing better in my life than to be back at the place where my thinking was less cluttered with stuff I never really needed to know. Back to the place where my faith in Christ was unshakable. When I felt a connection to his sacrifice on the cross, but now when I think of it I remember reading this or that about how often this same story of a sacrifice for mankind has played though in mythology and then I am off on the road of doubt. These thoughts chase round and round in my head. All I want is to is convicted once again with no doubts, have all those many things I have read, learned, studied and digested to be gone and just have that simple faith, undivided. Its hard to go backwards, I don't mean backwards in the way of being unlearned, backwards to a simpler time spiritually for me. I used to think it was wrong for the Mennonite and Amish that only go to grade 6 or 8 and restrict reading to spiritual things, but this week, I would love to have that mindset, that focus in one direction. It would be refreshing, calming and certainly more than enough to know.
This is raw honesty here. The whole reason I keep on searching, back tracking, trying hard to define who I am. Our spiritual life is really who we are on so many levels. When we are out of whack spiritually, nothing seems to fit right. Even if I threw out every single book I own that has something to do with "enlightenment", it wouldn't help. I have one of those unfortunate in this case, minds that remembers just about everything I have read. I guess there needs to be some memory loss for me to move on to where I want to be.
This post is about me confronting my own struggle head on, in the open. Now where to ? I just want to be settled, have so many doubts removed. All I want is to live a committed Christian life without all the doubts and without feeling rebellious. Humble submission is a phrase that makes me feel so uneasy, but yet I know its what I need.
Email Post

Sian said…
Hi Patty
It is easy to struggle with the Christian faith. I struggled for years trying to conform to a church mindset, trying to get it right, be holy, be a good woman, be modest, softspoken, meek.

it took me a while to realise that church is not God. And I have realised that if I could get it right on my own, be perfect, then I wouldn't need Christ:)
It got easier after that. He loves me I love Him, He has infinite patience and I need every scrap of that patience that I can get! Everything else can be figured out, just like in any loving relationship.

And He didn't give us brains just so we could leave them at the church door. He is big enough to take your doubts. They don't bother Him. Take it gently on yourself okay? Your Emery wouldn't beat a child of his would he? No more will your Father

Sorry this is so long, but wanted to reassure you that you are not alone. Pop round for a chat anytime. And thanks for the tea invite, I would love to visit with you :)
Saturday, August 04, 2007

Patty said…
Thanks Sian, your words helped. I haven't gone to church is along time really, not regularly since leaving the Mennonite church. I just never seem to find that match. I know God is very patient with my doubt, I am the one that is not patient !
Saturday, August 04, 2007

Diane said…
Hi Patty,
I have been reading your blog for awhile and have listed it in my favorites. You have a sweet family and a precious granddaughter. I have not posted before, but when I read your latest blog entry I had to share some things from my heart and journal
in which I have copied quotes which are special to me.
...."thou hast made us for thyself and restless is our heart until it comes to rest in thee." St. Augustine-Book 1, Chapter 1;
nothing else satisfied that searching spot in my soul except Jesus.
I also love the 14th chapter of John,
and this quote "doubt your doubts".
He does love us and will not forsake us, and I don't think He
minds our asking Him about things.

Hope I have not offended in any way for I truly wish the best for you and your family and I enjoy your blog.
Saturday, August 04, 2007

Simply Authentic said…
I don't think you have to forget any of the knowledge that you have accumulated. If you try to rationalize Christianity or your belief, the struggle will continue. For me, my belief, my faith comes from the feeling I have which is truer and deeper than any of the knowledge pieces. I feel God's presence and working in my life and in the world, thus I believe that He exists. Sometimes the trust comes into play within the connected dots being in place. If you believe that Christ's life was indeed feasible and you can believe in Him and the message that He brought, then that's all that you really have to think about. Just as you have simplified your outer life, it's just simplifying your spiritual life. Pare down, trust your gut, rely upon what you need, and what is evidenced in your daily life. But it's never easy.....your honesty of your struggle is so beautiful and appreciated...because part of Christianity is re-evaluation.....
Saturday, August 04, 2007

Patty said…
Thanks Diane, some very good quotes, that I will too copy into my journal
Saturday, August 04, 2007

Patty said…
Simply Authentic,
Very wise words young friend ! Simplify and accept as a child does is what I shall try to do.
Saturday, August 04, 2007

Thickethouse.wordpress said…
Dear Patty, I understand, or think I do, why you are writing this but I also think that it is ok for faith to have struggles. They will not separate you from God if you keep asking him to prevent this...Alexander Pope wrote, "A little knowledge is a dangerous thing, Drink Deeply or drink not at all." I think we are meant to drink deeply. There is no conflict between God and truth. If we think there is we have not drunk deeply enough. He gave you your curiosity for a reason. It's part of who who are. A gift. Don't give it up. It won't separate you from Him.

Sorry I am so late posting this. I just found your blog, and find it fascinating and thank you for all your sharing. 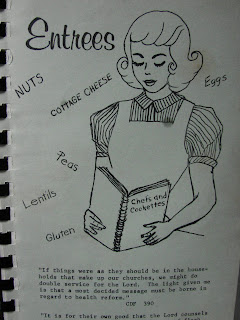 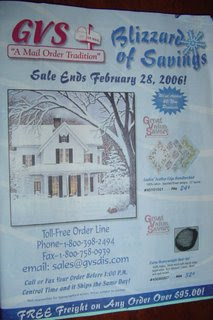 Patty
Just wanting to live simply in a complex world. simple living isn't about living backwards, its about living an uncomplicated life that is based on love, friendships and the basics. Anything beyond that is simply the frosting on the cake and admittedly frosting is good when it doesn't come with a price that makes you loose vision of what really counts in life or overpowers the flavor of the cake.